Seat has always had a pretty good reputation when it comes to sporty hatches and it has offered a few solid choices for years now in that department. It has a close rival for Volkswagen Polo in the form of the SEAT Ibiza, but if you have a bit more money to play with, the hatchback you will want is the SEAT Leon. 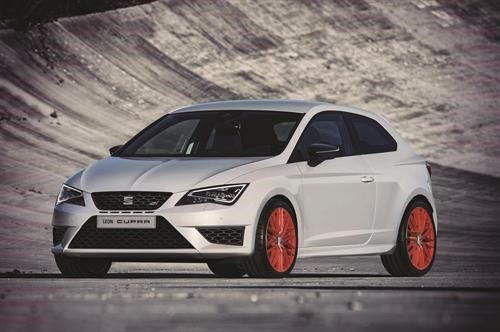 Now, the SEAT Leon has just got better, and by better we mean faster. It uses the exact same specification as the first front wheel drive production car to get around the Nuburgring in under eight minutes. The package is called the Ultimate Sub8 Performance Pack, with the Sub8 referencing the track time around the Nurburgring, and the Pack alone will cost £4,200.

Therefore if you were to add the Pack to the Leon SC CUPRA 280 you would be looking at an overall cost of £31,410, which SEAT have kindly pointed out, is substantially cheaper than it’s main rival which is deemed to be the two seater Renault Megane Renaultsport 275 Trophy-R which costs £36,430. SEAT also have revealed plans to reinvigorate the SEAT Mii by working with a fashion brand.